What a weekend – from a wet start in Clontarf the weather didn’t get much better over the 2 days but the troops dug deep and managed to all get to Lahinch by tea-time Saturday. 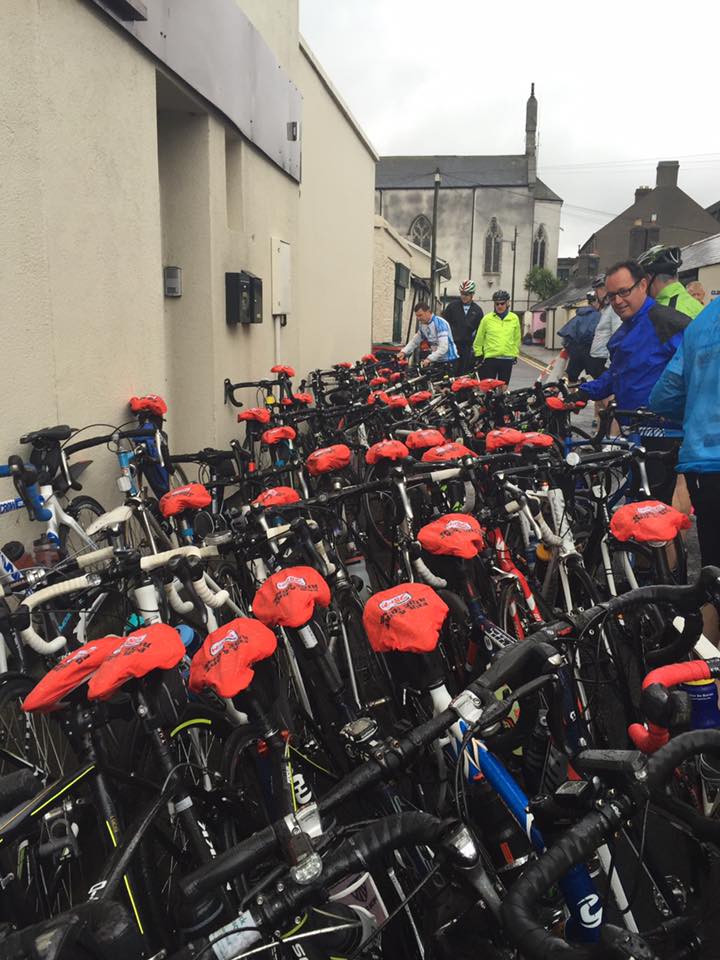 Friday morning started with a brilliant send-off from the Pigeon House Restaurant where Paul and his team served up a great feed to set the cyclists up for the first leg to Clane. Minister Richard Bruton wished us well on our way, acknowledged the work the local community does to support those less fortunate and the 60 of us set off in the heavy rain. 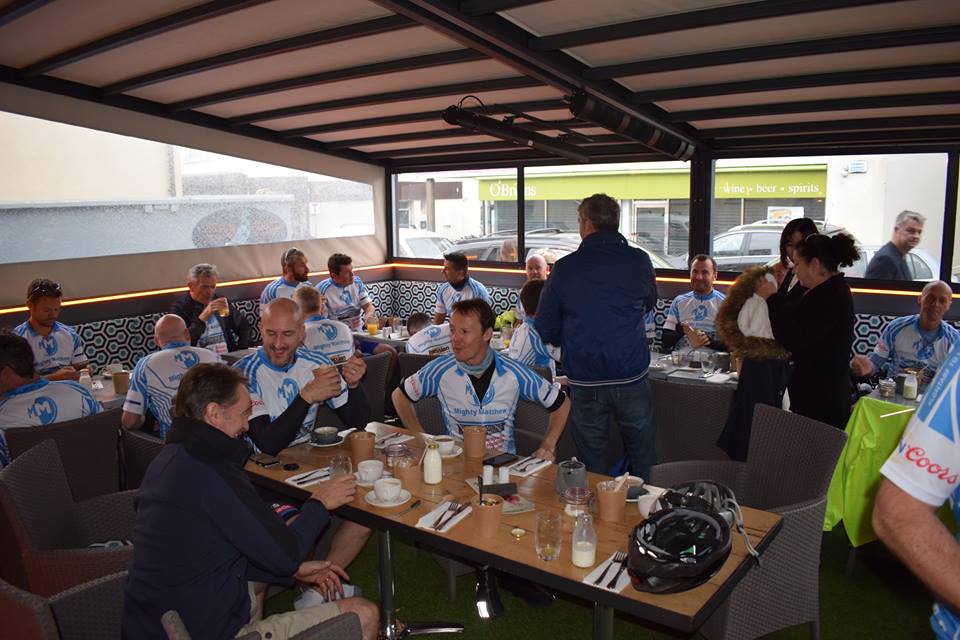 After a wet 2 hours on the saddle we finally arrived at the first stop in Clane where our great support crew were there to welcome us in and provide us with much needed hot drinks and refreshments courtesy of The Parade Ring and Cuisine de France.

From Clane we hit the back roads of Kildare for our longest section of 54km and arrived at our lunch stop in Castle Barna Golf Club Daingean, Co. Offaly.

From Daingean we cycled 40km to Ballycumber to The Gav Inn where Paul and Rose welcomed us in their homely Pub and provided the refreshments. Paul Jnr was delighted to see us and on leaving we presented him with a Mighty Matthew Cycling Jersey.

From Ballycumber we were on the last leg for the first day to the Shearwater Hotel in Ballinasloe. The route brought us past Clonmacnoise crossing the Shannon at Shannonbridge.

By the time we hit Ballinasloe we had cycled 183km and there were many weary legs ready for the well deserved drinks, great food from Cusine de France and relaxing Massages in the Hotel Spa.

After a lovely dinner in the Shearwater most were tucked up in bed early but there was a few who got the legs going on the dance floor late into the night. We awoke early to the sound of the wind and rain and with a few repairs we were on our way again.

On Day 2 our first leg headed west to Athenry but using the wrong map we found ourselves on a few bumpy laneways up past Woodlawn House, Kilconnell. The laneways and backroads kept us well sheltered from the wind and we arrived at 11am for a break at The Old Barracks Restaurant.  Next stop was a shortened 30km route to Kinvara avoiding the original planned coastal route as much as possible.

With the strong winds the best position on the road was right behind the front van to get the best protection. With lots of jostling between the “stronger” cyclists to get first behind the van, one man always seemed to get tucked in…

The team in the Pier Head Restautant in Kinvara provided a great lunch and a few of the locals gave an impromptu sing song to set us on our way to Fanore. As the weather was worsening and the wind getting much stronger we asked the local Kinvara experts how the weather along the coast road would be like. We were told no problem and it would be “Soft”.

Must be a cultural difference between the folks in Kinvara and us city dwelling cyclists but “Soft” is not the word we would use to describe the wind and rain as we headed south along the Wild Atlantic Way.

It was a gruelling 41km from Kinvara to Fanore past the Burren & Atlantic Coast with strong  (near gale force!!) blustery headwinds, all uphill, even though both Fanore and Kinvara are near sea level.  We eventually arrived into the Sea Coast Lodge B&B for a short break where we had a lot of tired bodies feeling very sorry for themselves.

Luckily though we had left the best til last and from Fanore to the Cliffs of Moher and onto Lahinch was the most hilly section with a few hard long climbs!! The wind remained very strong but when we hit Doolin and turned east to tackle a couple of the steep hills we had the wind in our backs for once helping us up the steep climbs.

As we struggled up the hills the weather decided to have the last laugh and the wind got so strong as we approached the Cliffs the group had to get off the bikes for safety and walk for a few hundred yards. Even as we walked the bikes were blowing out of our hands.

Finally later than planned on Saturday evening we all safely arrived into Lahinch to much celebration and happiness that we had managed to complete the full distance in very tough conditions. 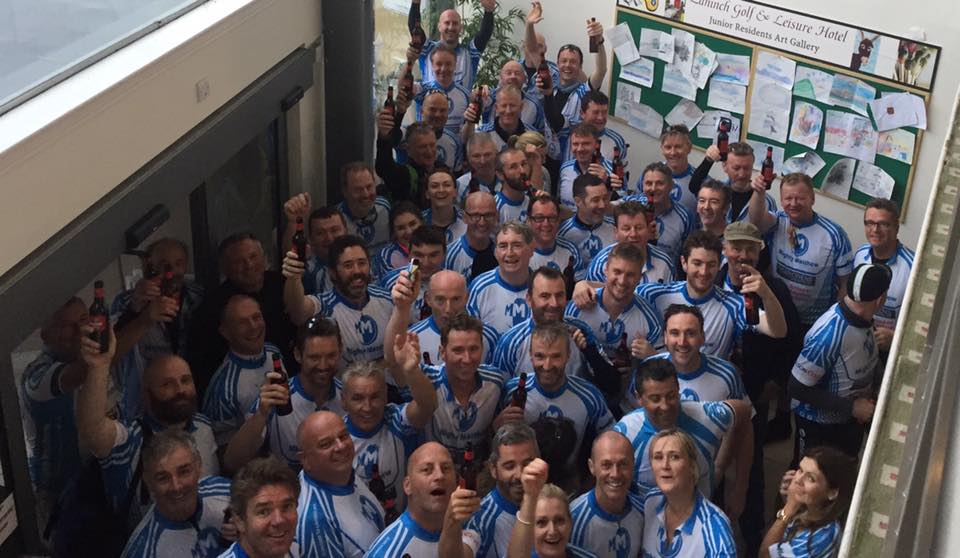